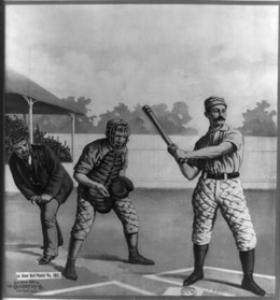 The Cubs slammed Freddie Merkle in his first big league start but it’s the Cubbies, not Merkle’s Giants, who’ve lived with the pain for more than a century.

Fourth of July and I looked at the MLB standings in my morning paper and there sat the Cubbies, at the top of the (usually) competitive NL Central. There’s an old baseball adage – the first place team on the Fourth of July takes home the pennant, and this Cubs' edition, with an unorthodox, savvy manager, pitching, power and speed, may be heading for the Cubs’ first World Series triumph since Babe Ruth was a thirteen-year-old delinquent.

The Red Sox, famous for their own championship drought, are also playing pretty good ball, and wouldn’t it be hilarious, for those of us not residing in Chicago, if the Cubs roared into the Series, only to get hammered by the Sox. For the truth is, it’s going to take more than a solid, on-field effort for the Cubbies to break their century-old drought. What Chicago has to do is stop blaming the goat and propitiate the gods of baseball by making amends for a terrible injustice perpetrated the last time the Cubs were World Series champions.

The curse of the Bambino I can understand. By the winter of 1920, the Babe was already a star baseball player, although I don’t suppose anyone, including Harry Frazee, who sold him, or Jake Ruppert, who bought him, realized just how much bigger Ruth would become. The Curse, or more precisely, the Sale, was to have devastating effects on the Bosox’ fortunes. Winners of the very first World Series, the Sox accrued five World Series titles before they dealt the Babe for another babe, Nanette, and before the Babe’s new ball club, the Yankees, even got into the Fall Classic. And afterward? The Yankees would finish the century as the kings of baseball, with 26 World Series titles. The Sox would go 0 for the rest-of-the-century. They’d play in four World Series, losing them all in seven games and in excruciating fashion.

The Cubs’ curse I don’t get. Something about a smelly old goat getting kicked out of Wrigley Field and why would anyone bring a goat to Wrigley Field? Must have been a pet, but when was the last time you took your hamster or parakeet out to the ball game? And if the goat didn’t get kicked out of Wrigley until 1945 and the Cubs haven’t won a World Series title since 1908, it has to be something else.

Let me tell you what it is. It’s what the Cubs did to poor Freddie Merkle.

Imagine you’re a teenager, the youngest player in the major leagues and a member of the illustrious New York Giants with John McGraw and Iron Man McGinnity and Christy Mathewson and all those other Giants. It’s your first time in the starting lineup and you’re the, uh, goat, in a controversial play that costs your team the pennant and that lives forever in baseball lore. You go on to have a pretty solid big league career but nothing you can ever do on the ball field can wipe away the infamy of that one play, and everyone (except your wife) calls you Bonehead for the rest of your life, and it’s all the fault of those crafty Cubs. Wouldn’t you put a curse on them?

You’re darn right you would.

1908 was an amazing year for baseball and not only because it was the last time the Cubs won a championship. Both the National and American Leagues had down-to-the-wire pennant races. In the National League it was the Cubs, Giants and Pirates battling and on September 23, the Giants and Cubs met at the Giants' home field, the Polo Grounds, in upper Manhattan. The game was tied in the bottom of the ninth and with two outs, the Giants had a runner on third and Freddie (let’s not call him Bonehead,) was on first, and the batter hit a single to center field, an apparent game winner. Apparent because the runner scored from third, ball game over, Giants win. Except Freddie, seeing the fans rushing onto the field (the exits were behind center field,) did what most ballplayers did in those days. He turned around and headed for the showers before reaching second base.

Here’s where the Cubs brought the curse down upon themselves. Cubs’ second baseman Johnny Evers shouted to center fielder, Solly Hofman, to throw him the ball, which Hofman did, and remember, by now there’s thousands of Giants' fans on the field, celebrating. According to at least one account, Giants' pitcher, McGinnity, seeing what Evers was up to, intercepted the throw in from center field and tossed the ball as high and as far as he could, over the roof and out of the stadium. (They didn’t call him Iron Man for nothing.) Undaunted, Evers retrieved the ball, or more likely grabbed another one, stepped on second base and appealed to the umps, Emslie and O’Day, to please invoke rule number 4.09:

"A run is not scored if the runner advances to home base during a play in which the third out is made...by any runner being forced out."

Emslie and O’Day conferred and concurred and since they couldn’t restart the game, it was nearly dark and there were those thousands of Giants' fans on the field, the umps declared a tie. There was an uproar, and plenty of legal wrangling but the umps’ decision was vindicated by the league office and the whole thing would have been forgotten if one of the three contenders had just simply outplayed the others the last few weeks of the season and walked off with the pennant. Instead, and only in baseball, the Giants and Cubs finished in a tie for first place. The Merkle Game had to be replayed and can’t you just see it coming, the Cubs winning the decisive game, 4 to 2, and going on to win the World Series, 4 games to one over Ty Cobb’s Detroit Tigers, champs of the American League.

Freddie played sixteen years in the majors, appeared in five World Series, once as a Cub, and never on the winning side, and he remained bitter over his fate.

Legendary umpire Bill Klem, who always called them like he saw them, called this one "the rottenest decision in the history of baseball," and Klem’s reasoning? The force rule was meant to apply to grounders, not to balls hit to the outfield. Klem was highly respected and feared, and maybe his tirade against the injustice done to Merkle convinced the baseball gods the Cubs needed to be punished. The Giants, since 1908, have had their share of success, pennants and World Series Championships, and the Cubs? Well, they’ve been the Cubs. They’ve won seven pennants since 1908 and have lost the World Series each time, and they’ll never win another one, until they make peace with Freddie Merkle's ghost.

How do they do it? Maybe a Freddie Merkle descendant throws out the first ball at this year’s Series, with all the fans advised, before entering the ballpark, to be somber and respectful, no “Bonehead” banners, chants or wisecracks. Or maybe a plaque to Fred’s memory and with no mention of "Bonehead," and instead a simple inscription:

A gentleman, a ballplayer, a worthy diamond foe.

And please, Chicago, if you get to the Series, for your own sake, please shut up about the goat. The goat isn’t the problem. The problem is the way you treated that teenager from Watertown, Wisconsin, on that fateful, dark day back in September of 08. 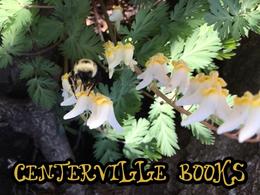